What is Society Fellowship?

Society Fellows have been judged by their peers to have made a substantial contribution to the Australian research, insights and analytics industry.

Our Fellows assist the Society and the profession in Australia by committing time and energy to raise awareness of the value of research within the broader community.

There are currently 72 Fellows within the Society. The award of Fellowship recognises the contribution the nominee has made to the industry across the following important areas:

Candidates for Fellowship must have been a Full Member of the Society for at least the past five years, and be a current Qualified Professional Researcher (QPR).

New Fellows are elected by a process of nomination by Society members and decided by vote by the Fellowship Committee and existing Fellows.

Nominators are required to present the information about their chosen candidate, accompanied by a covering letter, the nomination and the Election of Fellows 2020 declaration forms. The submission should be as concise and complete as possible, addressing the criteria.

Fellows of the Society are persons who have professional standing and recognised accomplishment in the fields of research, insights and analytics or related activities. A candidate’s contribution should have benefited the profession as a whole; through exposure of ideas and techniques in the public domain; through expansion of the profession into new areas or methodologies; and/or through a contribution to the cohesiveness and perceived importance of the profession. A candidate must meet the mandatory requirements and show sufficient accomplishment under the general criteria.

Nominators should explain the candidate’s contribution under the following categories. Please note: Each category has a possible 50 points, and in finally confirming a person as a Fellow, current Fellows will be looking for candidates with over 100 points for election.

Each nomination requires a proposer and a seconder, both of whom should be Full members of the Society. The nomination should address the mandatory requirements and general criteria set out above. It is preferable that the pre-prepared forms attached to this document are used to submit nominations.

In the first instance the nomination will be considered by a sub-committee of the Board, who may approach the candidate for further information and confirm their willingness to accept Fellowship.

Nominations should contain sufficient information to demonstrate to the sub-committee that there is an a priori case for the candidate to become a Fellow.

Nominations should be marked confidential and sent to The Research Society office.

Fellows have expressed a willingness to assist in advising on the suitability of the nomination. Contact the Chief Executive Officer of The Research Society, Elissa Molloy (1300 364 832 or 02 9566 3100) in the first instance if you would like to talk to someone who can assist.
The nomination for consideration for Fellowship is not an application-based process, and no correspondence will be entered into with those whose nominations have been unsuccessful.

The final vote on a candidate’s suitability for Fellowship will be taken by the current Fellows of the Society. They will be provided with:

The announcement of awarded Fellowships will be made at The Research Society Awards evening which will be held on 25 November 2020. Details will also be published in the November 2020-January 2021 edition of Research News. 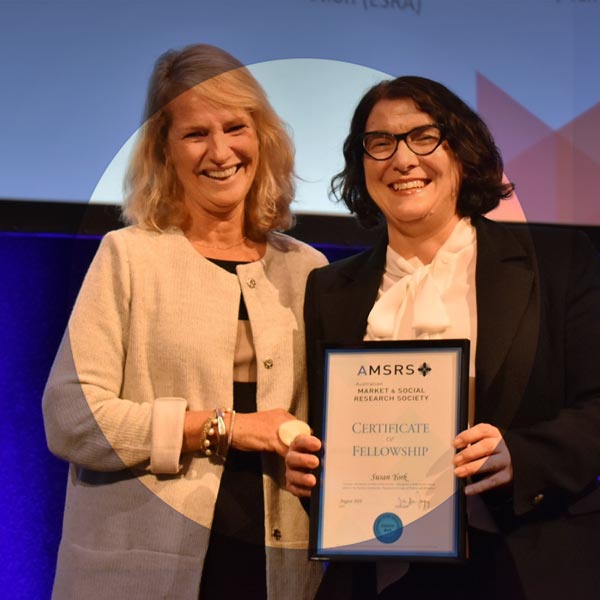